Planning for some adventure this summer? The notion of a solo trip can be a bit devastating at first, but once you get past the initial fear of travelling alone, the benefits of vacationing by yourself become evident. Therefore plan a summer trip to Portugal.

In south-west Europe, nestling between Spain and the Atlantic is one of the least well known destinations on the continent: Portugal. It is the land of history, with a rich, superbly well-preserved heritage that is nevertheless resolutely modern, the things you can do in this little country will astonish you, as well as how welcoming its inhabitants are, its food and its traditions.

Spend your summer in Portugal and you’ll soon fall in love with this dazzling corner of Europe. Its extensive coastline is made for long lazy days by the sea, especially at its popular beach resorts. Many travelers come to Portugal in summer seeking adventure, whether through surfing or discovering hilltop castles. Whatever you choose to do a summer vacation in Portugal will be one to remember.

Is Portugal safe for solo travelers?

Safety is one of the most important factors to all the solo travelers and one can honestly say that it is incredibly safe walking around the streets of Porto, Lisbon and Faro both day and night. Of course, this isn’t a big surprise after Portugal was ranked as the third safest country in the world in the Global Peace index.

While it’s not on par with Thailand or Vietnam, Portugal is pretty affordable when it comes to travelling in Western Europe; even in the Azores, like the beautiful island of Sao Miguel. Meals can be found for under 10 euro at cheap/mid-range restaurants (though to careful, any bread or olives etc. put on the table in front of you also come with a range, so don’t accept or eat them unless you’re willing to pay). 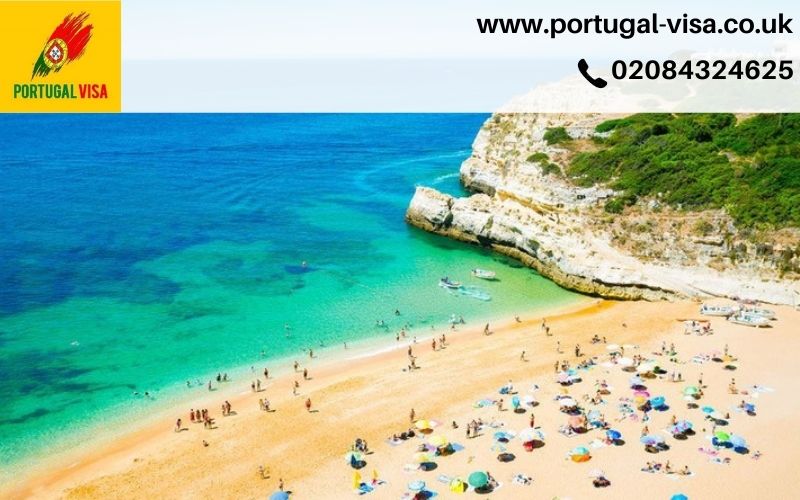 Language is a common barrier when travelling, and can be especially daunting to deal with when travelling solo. However, it will be a little bit surprising to discover that English is widely spoken across Portugal, and not only in the tourist areas. While most of the older generations don’t speak English, the young people and much of the baby boomer populations spoke it very well.

Portugal is a gorgeous country with plenty to see and do, so it’s on your radar don’t let not having a travel companion get in your way. Try solo travel in Portugal, it will be an amazing time.

Why should tourists visit Portugal especially in summers?

The sun-kissed Portuguese coast is made for summer vacations. Excellent train connects the center of Lisbon and other cities right to the beaches. Portugal’s central and southern regions are among the warmest areas on the continent, too. Savor the balmy summer nights on restaurant terraces with a bottle of local wine, or perhaps by the pool at your own villa.

Best things to do in Portugal during summers

Portugal’s summer is ideal for making the most of the sunshine by the water, and savoring the country’s famed delicious local wines and seafood.

Faro is the renowned capital of the Algarve, Portugal’s beloved southern vacation region. Spend the morning swimming at Faro Island Beach, a long stretch of golden sand. Later, tourists can have lunch outdoors at a restaurant in the old town.

There are a number of idyllic golf courses between Faro and Lagos, which are perfect for teeing off in the sunny summer weather. A number of fine country hotels and villas are located beside them, perfect for a luxurious break with easy access to the country’s best golf courses.

The gorgeous town of Sintra is just a 30-minute train journey from the capital, Lisbon. Take the train early and stop off for a queijada, the delicious local cheese pastry. If you’re feeling up for a workout, climb the steep paths leading up to the fantasy-like Pena Palace, or opt for a bus to get you there.

Porto is a picturesque city, ideal for walks along the river and visiting its many historic churches. When you want to cool off, head into the port wine caves. This legendry fortified drink is one of the country’s main exports, and after a tasting you’ll need to make room in your luggage to bring one bottle home.

Coimbra is home to one of the world’s oldest universities, founded in the 13th century. It’s a perfect destination for outdoor exploration, with attractions like the University Botanical Garden and Mermaid’s Garden. Don’t miss a tour of the university itself, including its stunning Joaina Library.

Tips for Solo travels in Portugal 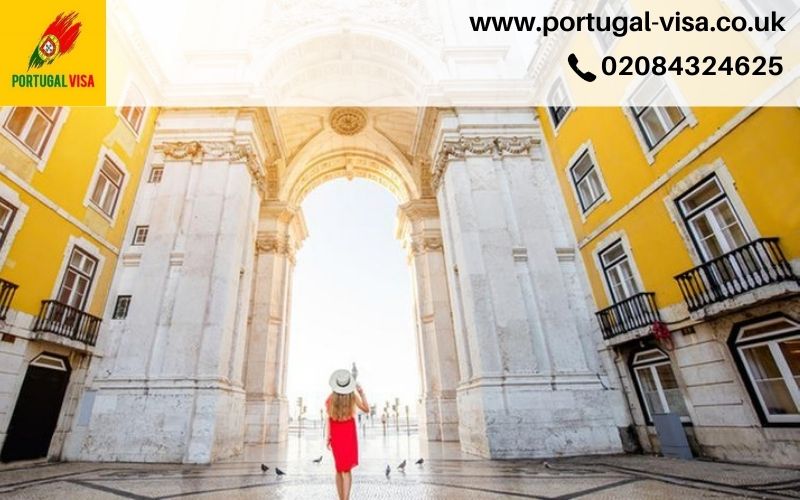 After reading this blog, one cannot stop to thinking about a summer trip to Portugal. Easily apply for a Portugal visa in these days so that till the time of summer you have everything handy and can easily execute your travelling plan.

Portugal sits on the edge of Europe in relative obscurity, especially when compared to neighboring Spain and France. Many people have not only heard of Spain and France, but could easily list a few facts about each country and its culture. Portugal is a country in Southern Europe, located on the Iberian Peninsula, bordering Spain. Home to over 10 million people, this country located on the shores of Atlantic Ocean, has its Portuguese culture highly influenced by the inherent geographical advantages. It’s also the European country with the oldest borders. Plan your travel to Portugal and do not miss on the top things Portugal is famous for.

Portugal is famous for its typical seafood dishes, popular beach destinations and 16th and 19th century architecture, from when Portugal was a powerful maritime empire. It is also known for its soccer legends, fado music, historical cities, and port wine.

10 Things Portugal is Famous For 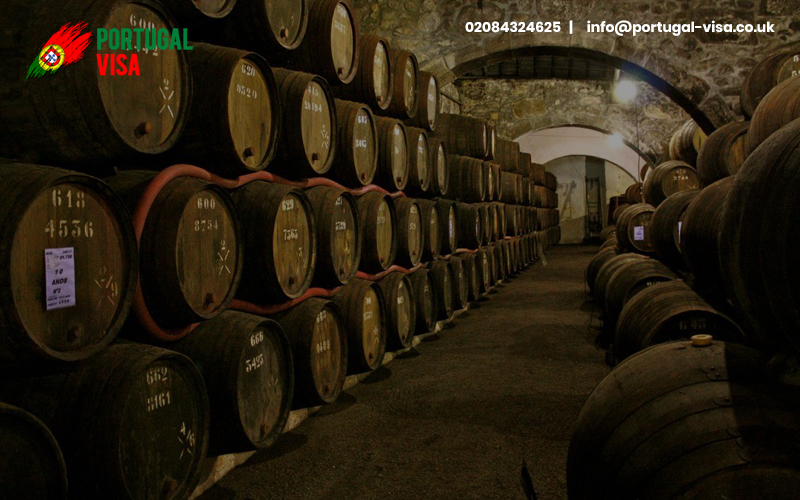 Its impossible not to think of football while thinking of Portugal. Almost all the famous celebrities of Portugal are footballers, for example Cristiana Ronaldo, Luis Figo and Eusebio. 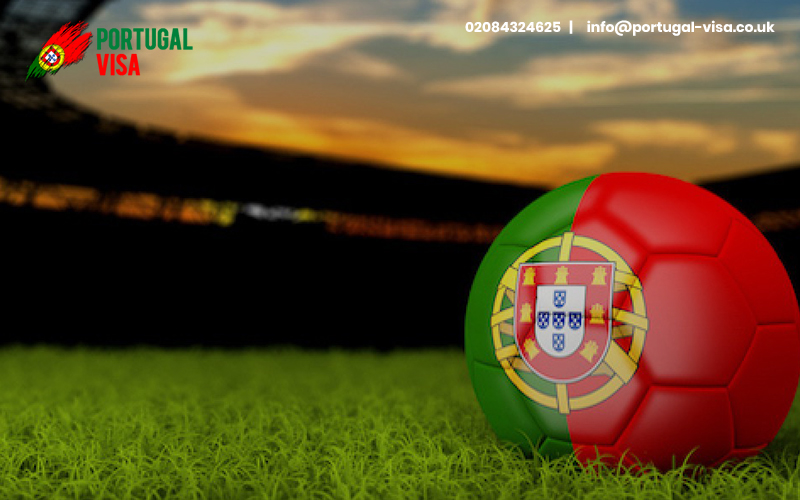 Portugal’s football team is amongst the world’s top football teams, wining the UEFA European Championship in 2016 and reaching the finals of the FIFA World Cup on seven occasions.

It is also known for its many charming and notorious beaches. For tourist, spending the summer there has been one of the most common travel plans among tourists worldwide. The beaches are best particularly in the Algarve which also has more than 300 days of sunshine every year. Praia da Marinha, in Particular, has received countless awards and has been featured on CNN and trip-advisor, while Dona Ana in Lagos has been featured in Conde Nast Traveler Magazine. 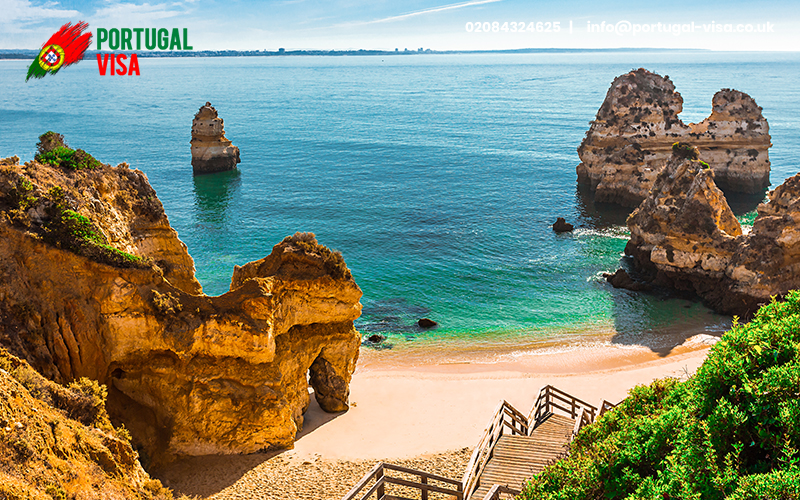 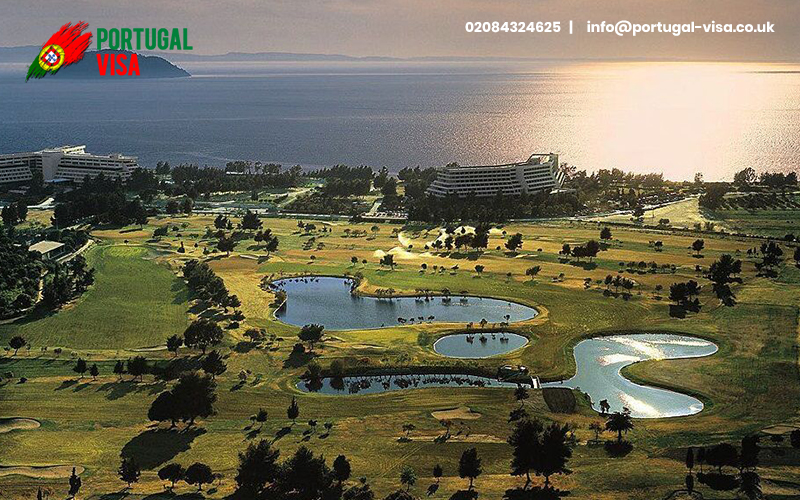 Azulejos is a ceramic tile used in many buildings of Portugal and especially Lisbon. Azulejos means small polished stone in Arabic.

It was introduced when Portugal was under Moorish rule and was predominantly simple colors, especially blue and white. Over time, newer tiles have started to depict a scene. 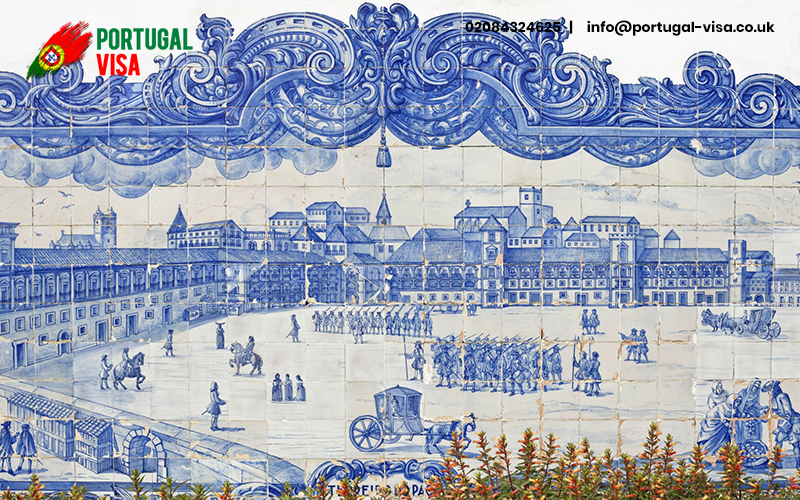 The most famous sites that include these tiles are: Sao Bento Railway Station in Porto and the Bucaco Palace.

Porto is one of the top surfing destinations in Europe. You can find some of the biggest waves in the world here, which attracts surfers from across the globe. The best surfing spots include: Lagos, Algarve – Peniche, Oeste – Matosinhos near Porto. 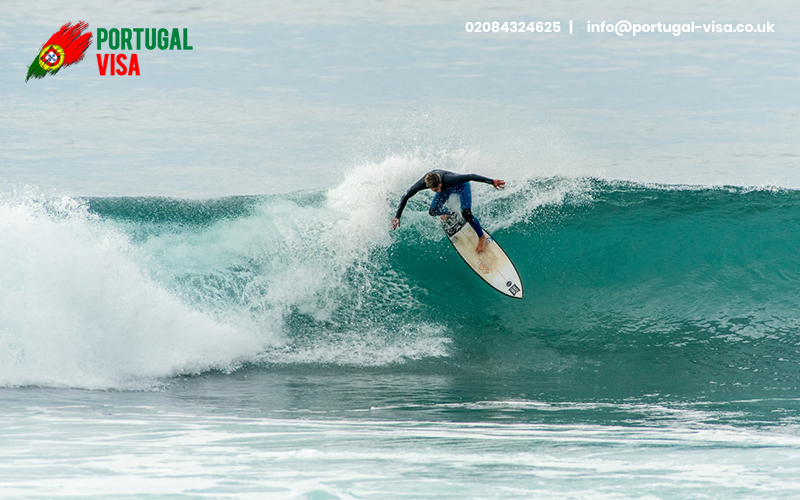 Hawaiian, Garrett McNamara, surfed the highest was ever recorded in 2012. He caught the 78-foot wave just outside Nazare.

The very famous Portuguese explorer Vasco da Gama was born in Sines around 1460.

In 1947 he was commissioned by the king to find a maritime route to the east and became the first person to sail directly from Europe to India. 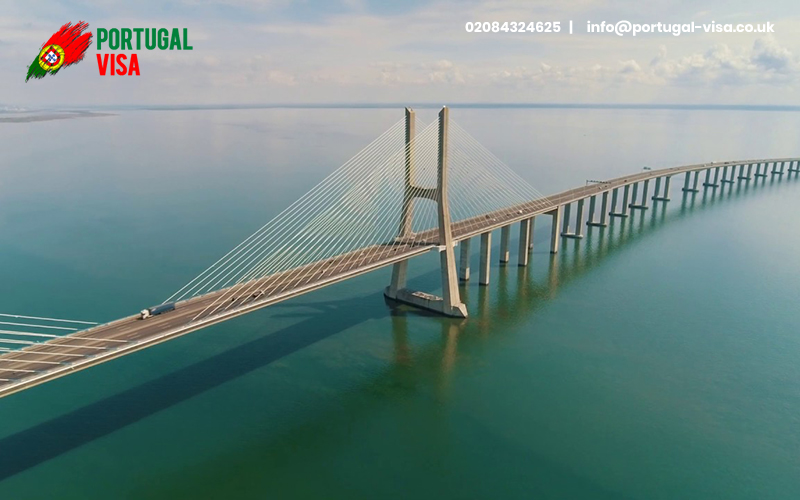 There is a record-breaking bridge in Lisbon named after him. At more than 10 miles long, the Vasco da Gama Bridge is the longest in Europe. It has connected the northern and southern parts of the country since 1998.

In lieu of the captivating Costa Vicentina is one of the most exciting stretches on the Portuguese coast: it starts from Sines in the Coastal Alentejo to Praia do Burgau, already very close to the city of Lagos in the Algarve. This place is favored by Nature, where you can breathe ocean breeze scented mountain air. 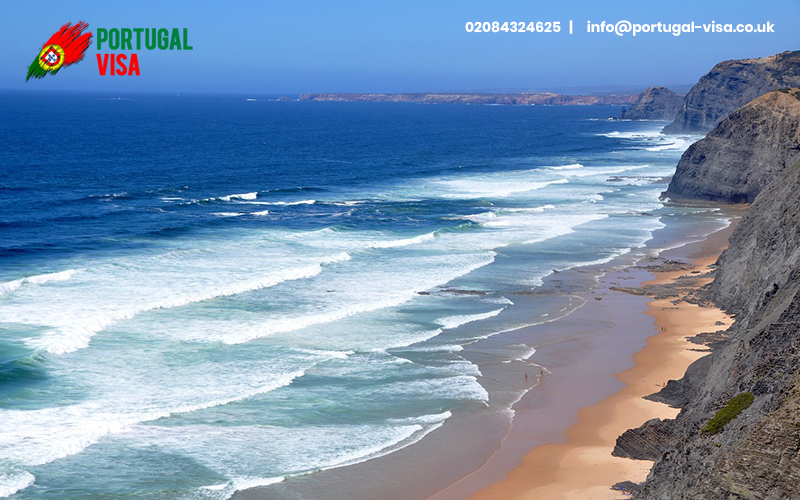 It is the capital of Portugal and the most populated city as well in the country. It is home to over half a million people. Very well known as the “city of the seven hills”, it is the perfect balance between old and Modern. Here you will find colorful buildings, spots to enjoy the traditional Fado music, and many landmarks linked to the Portuguese age of Discovery. 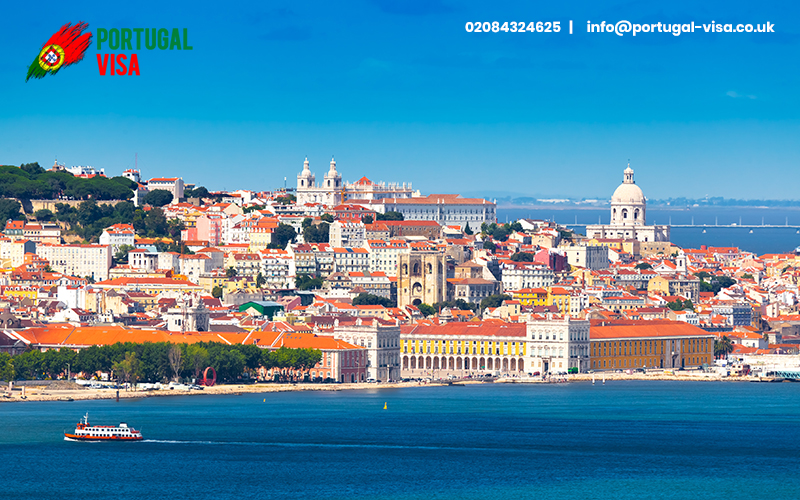 Pastel De Nata or Pastel de Belem is one of the most popular typical sweets Portugal is famous for. Though you can enjoy these custard tarts in many cafes, but the original recipe is an exclusive secret of the Fabrica dos Pasteis de Belem, in Lisbon.

Portugal is a place which is filled with many tourist attractions and a lot many other things to do. Above was the list of top 10 things Portugal is famous for, you try all of them and you will not regret your decision for trying them. Plan your travel in mid of March for a better experience in Portugal; apply for Portugal Visa so that you can get it on time according to your planned travel dates.